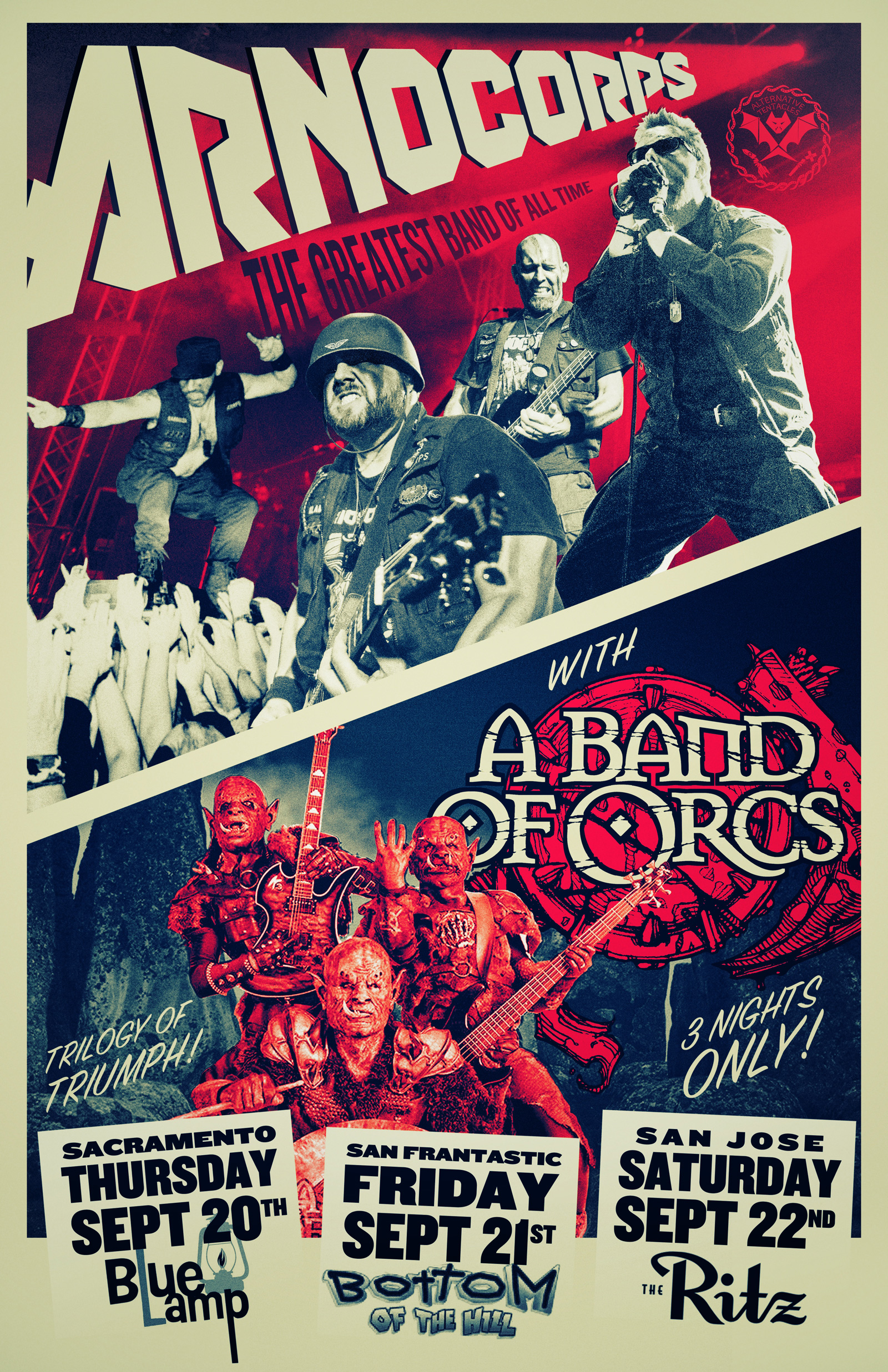 ArnoCorps returns to the West Coast with a string of Northern Californian Dates with Band Of Orcs.

ArnoCorps is supporting the release of “THE UNBELIEVABLE” EP released last year. As well as the vinyl re-issue of “THE BALLSY” and “THE FANTASTIC” EP! See more releases by ArnoCorps HERE.