FEATURED ALBUM: DISASTER STRIKES “IN THE AGE OF CORPORATE PERSONHOOD” 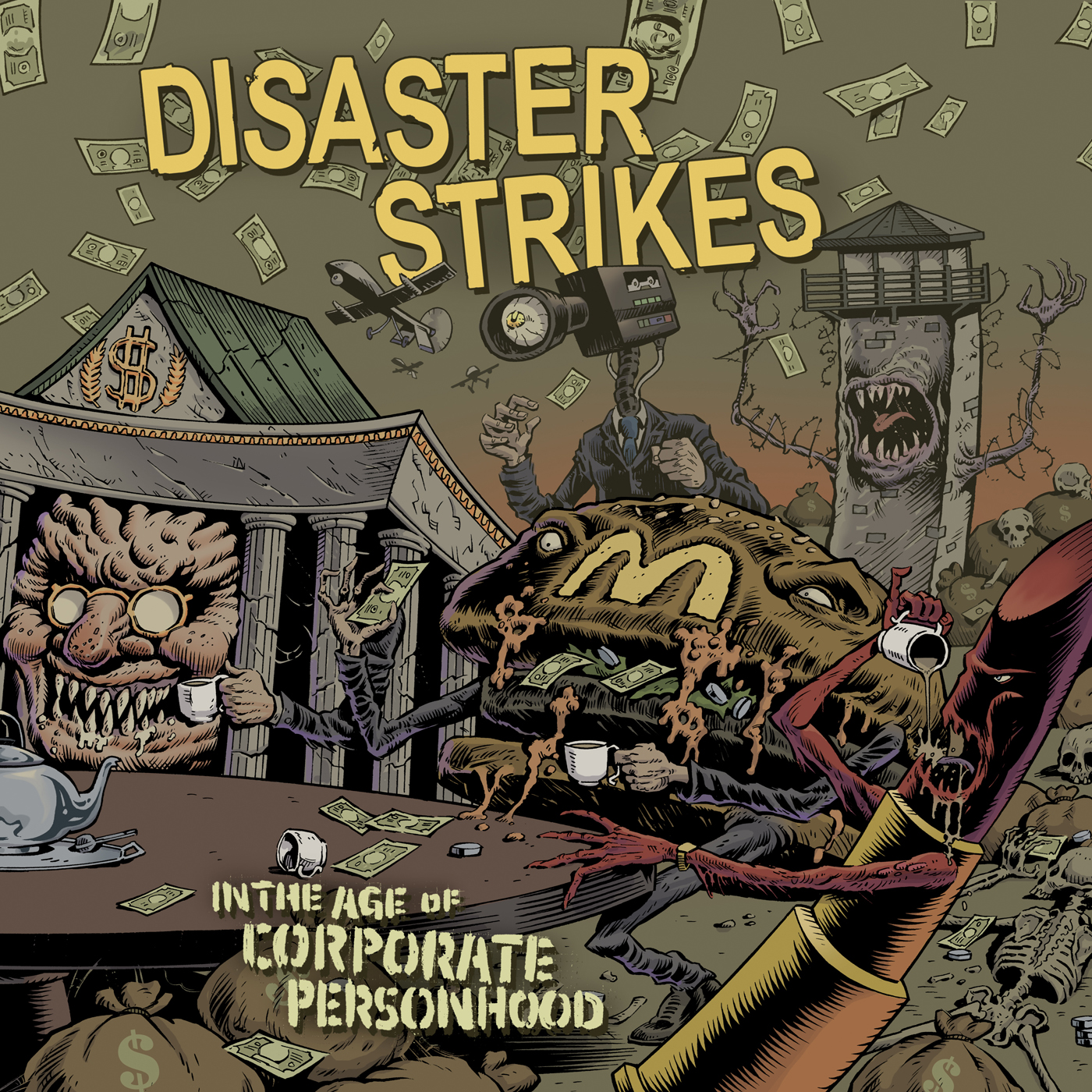 This month’s album of the month is none of then the latest release from Boston’s DISASTER STRIKES!
Produced by underground legend Richard Marr, Disaster Strikes delivers Boston hardcore punk with impactful lyrics about social justice and workers’ rights. These 10 blistering tracks encapsulate the raw energy and intensity of Disaster Strike‘s live sets. The opening track “The Fighting Path” is fermented with protest and resistance from it’s violent start to it’s incendiary final warning. The title track, “In the Age of Corporate Personhood,” features guest vocals by none other then Jello Biafra himself! Featuring epic cover art by Minneapolis-based artist Bill Hauser, In The Age of Corporate Personhood is a blue-collar, hard core juggernaut that captures an intensity rarely grasped by studio albums.

For the month of November, get the two limited edition colors, both MARBLED and GREEN vinyl for ONLY $10!