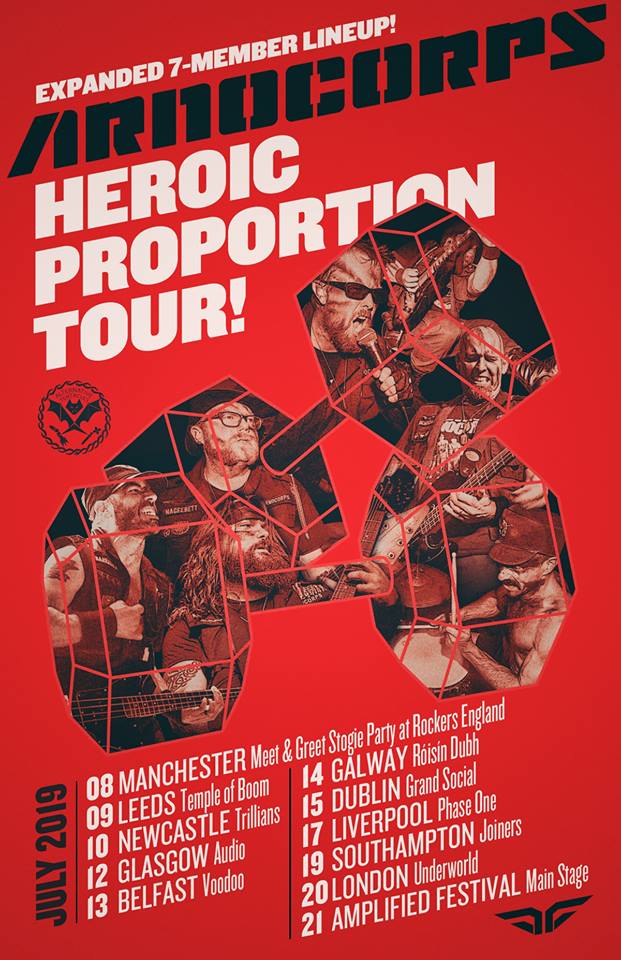 Everyone’s favorite Action-Adventure Rock n’ Roll Heroes, ArnoCorps have announced dates in the United Kingdom and Ireland. From the band:

Check our TOUR DATES page for ticket links as they go on sale! You can also follow the band on their FACEBOOK PAGE.

Through their unrelenting mission to restore integrity to Austrian alpine lore and mythology that has been bastardized and exploited by Hollywood, ArnoCorps have written the most powerful and inspiring anthems in history. To be clear, the six members of this elite Austro-Californian tactical unit are a rescue team, not assassins. In their chronicling of heroic tales and fantastic adventures, these pioneers of action adventure hardcore rock and roll have become international symbols of empowerment through their ballsy defiance of cinematic Austroploitation. Hearing these tales in the way they were meant to be told, attentive listeners should expect to become wholly enlightened to their own potential to become goddamn heroes and sheroes. Exactly.