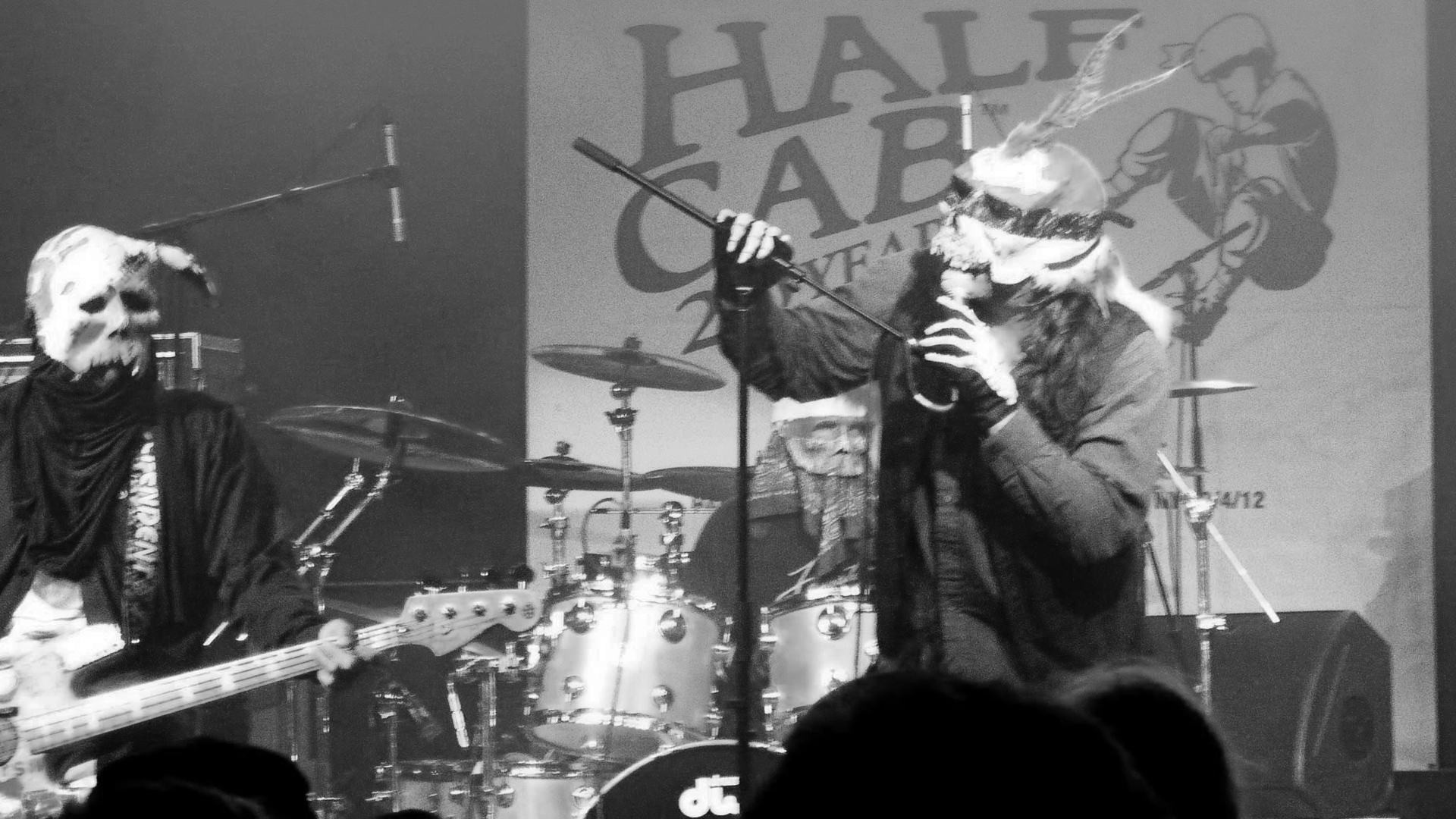 The story goes that this is actually the band Los Olivdados, at least until they are needed to play, then the Indian ghost warrior spirit entities are called upon, and possess the band prior to performing, where these ancients convey their mystic messages, and speak to the center of the audience’s souls as DRUNK INJUNS. They wear their masks as a conduit to channeling these spirits and the band members are barely aware of their actions during the performance, and rest inside the mind in a trance-like state. The difference in the music between the two bands is proof that they are indeed, two different bands, with two different driving forces.

This was the third installment in Alternative Tentacles’ series of skate-punk reissues and some 1983-1984 recordings of caustic mysterians the DRUNK INJUNS. It’s a powerful punch of brooding punk raged with searing guitars, a heavy, driving back-beat, and mature, introspective lyrics delivered with a unique vocal style. For the entire month of March, you can get their CD for only $5! Click below for more!