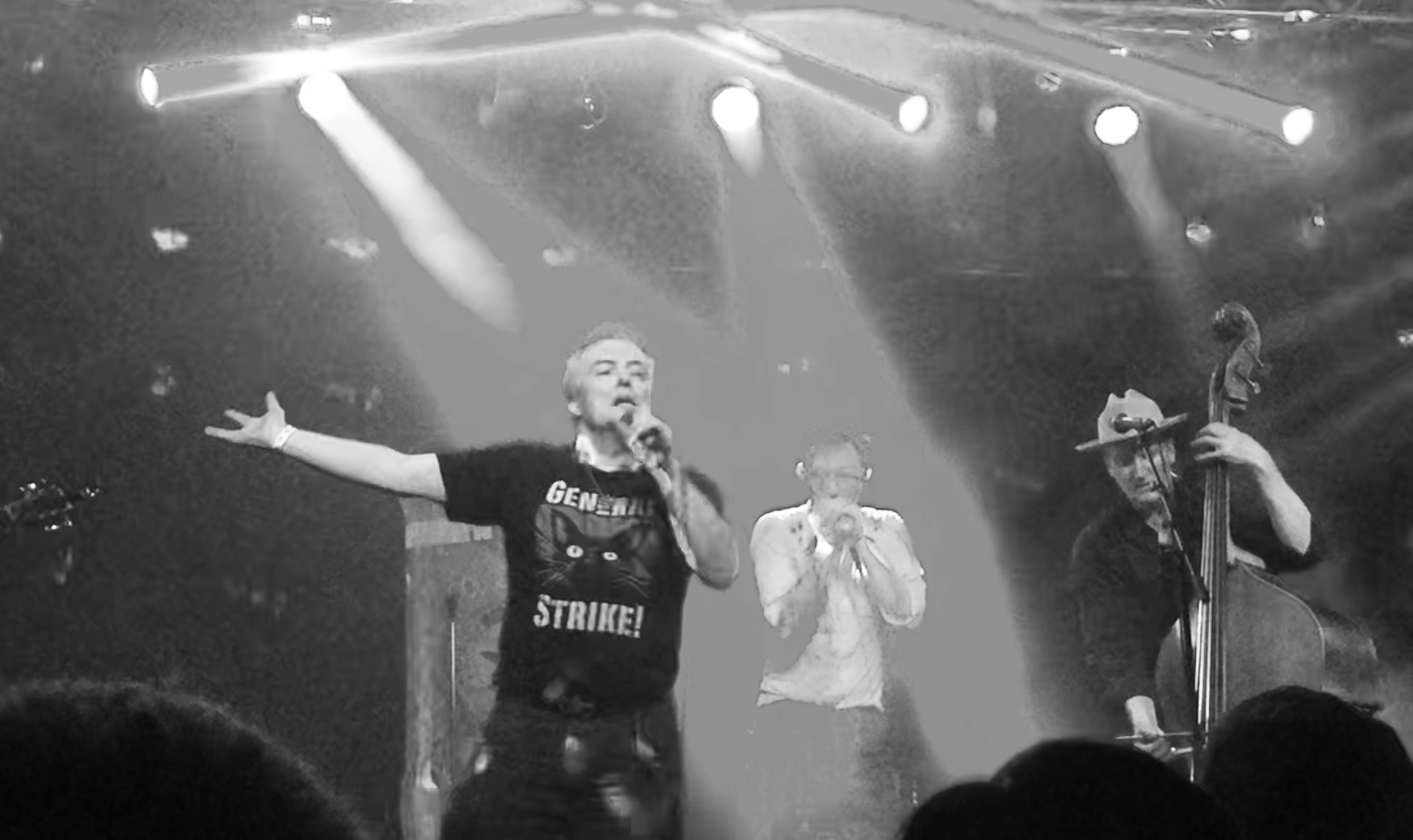 On Tuesday, April 23rd the Legendary Shack Shakers stopped by the Berkeley, CA venue Cornerstone to deliver an awe inspiring set of their special brand of Americana mayhem, but for an encore they had one more treat for the audience, Jello Biafra came on stage to front the band in a cover of the classic “House Of The Rising Sun”

“House of the Rising Sun” is an American folk song, thought to be written by Georgia Turner and Bert Martin. This song tells of hard times in New Orleans and the most well known version was recorded by Eric Burdon and The Animals in 1964. Jello Biafra first performed it on the live album, “Walk On Jindal’s Splinters” with his band Jello Biafra and The New Orleans Raunch and Soul All-Stars which you can get HERE.

Pick up a copy of “The Southern Surreal” by the Legendary Shack Shakers HERE.