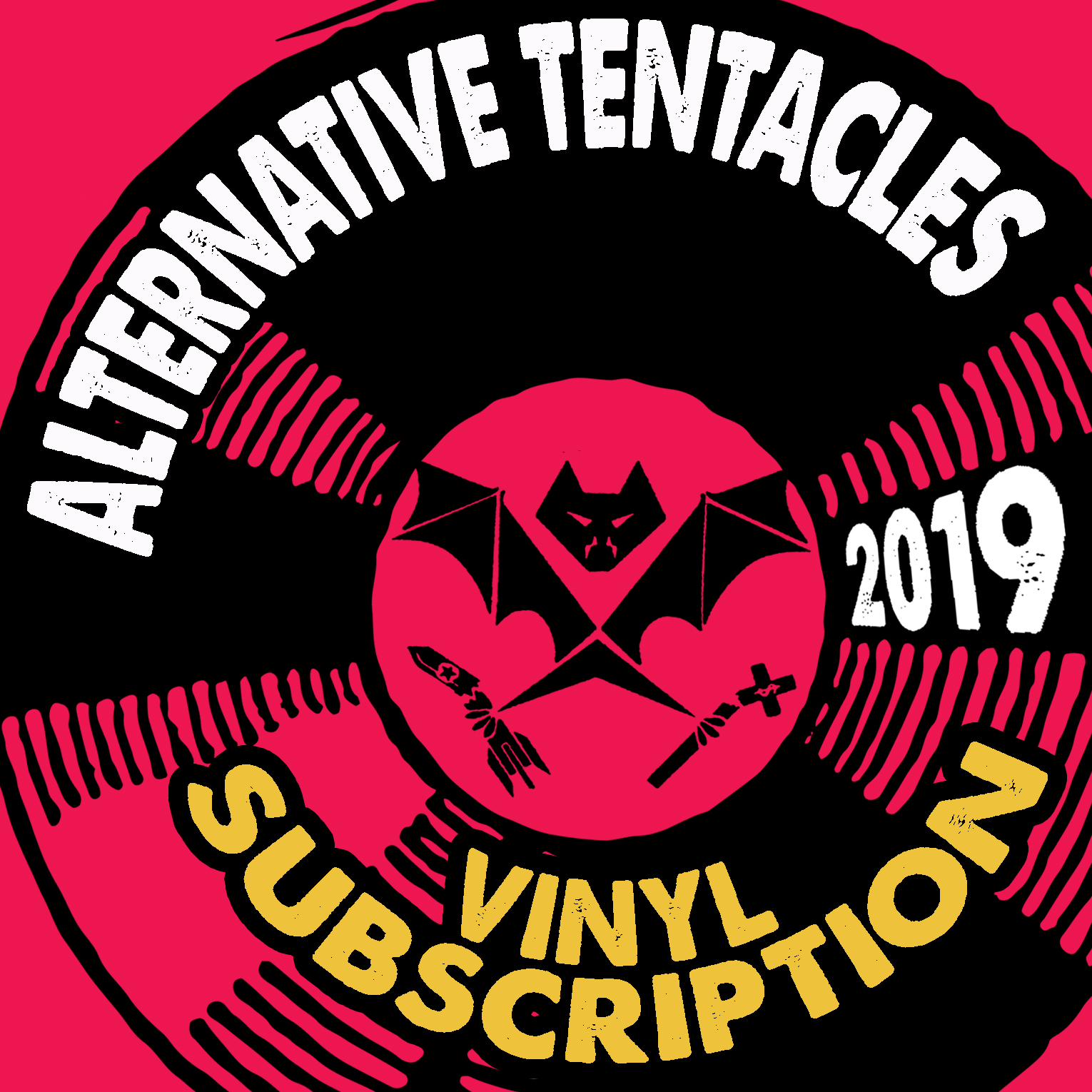 Alternative Tentacles is celebrating our 40th year of being the alternative to the alternative! To help celebrate our 40th anniversary, we are preparing a special vinyl subscription program for our most dedicated fellow tentacles!

For $99 plus shipping, you will get every single release we put out in 2019 automatically sent to you as it’s released. That means once you sign up, you will immediately be sent a package of existing releases from this year. Which includes copies of The Silver Machine “Standing On The Bare Ground” LP, eX-Girl “The Crown of Dr. Keroninstein” 7” and Dead Ending “(It’s Not) What You Believe/Painkiller” 7”.

As they are released to the public throughout the rest of the calendar year, you’ll automatically be sent a copy of The Darts “I Like You But Not Like That” LP, as well as copy of ArnoCorps “Welcome To The Gym!” 7”. Followed by the confirmed upcoming new LP releases by Tsunami Bomb, The World/Inferno Friendship Society, and Spindrift coming later this year. That’s a total of 8 new vinyl releases already at your fingertips on release day, for less than $100!

That’s not all. You will also get a 9th RELEASE FOR PARTICIPATING SUBSCRIBERS ONLY. The more people sign up for this program, the more unique and exclusive this release will be.  That’s 9 vinyl records for less than $100.

If for some reason, a release is pushed back and not released in 2019, you will be compensated by the substitution of any other equal cost item available in our back catalog. If a release or repress not currently announced gets added to this year’s line-up, that will automatically be added to your subscription at no extra charge.

*releases that are made in partnership with another label are excluded from this subscription. There are no refunds for this subscription. Albums will be sent out as they are released and mailed to the shipping address provided. Any changes in address must be emailed to us two weeks before the upcoming new release. This subscription covers 2019 releases only.