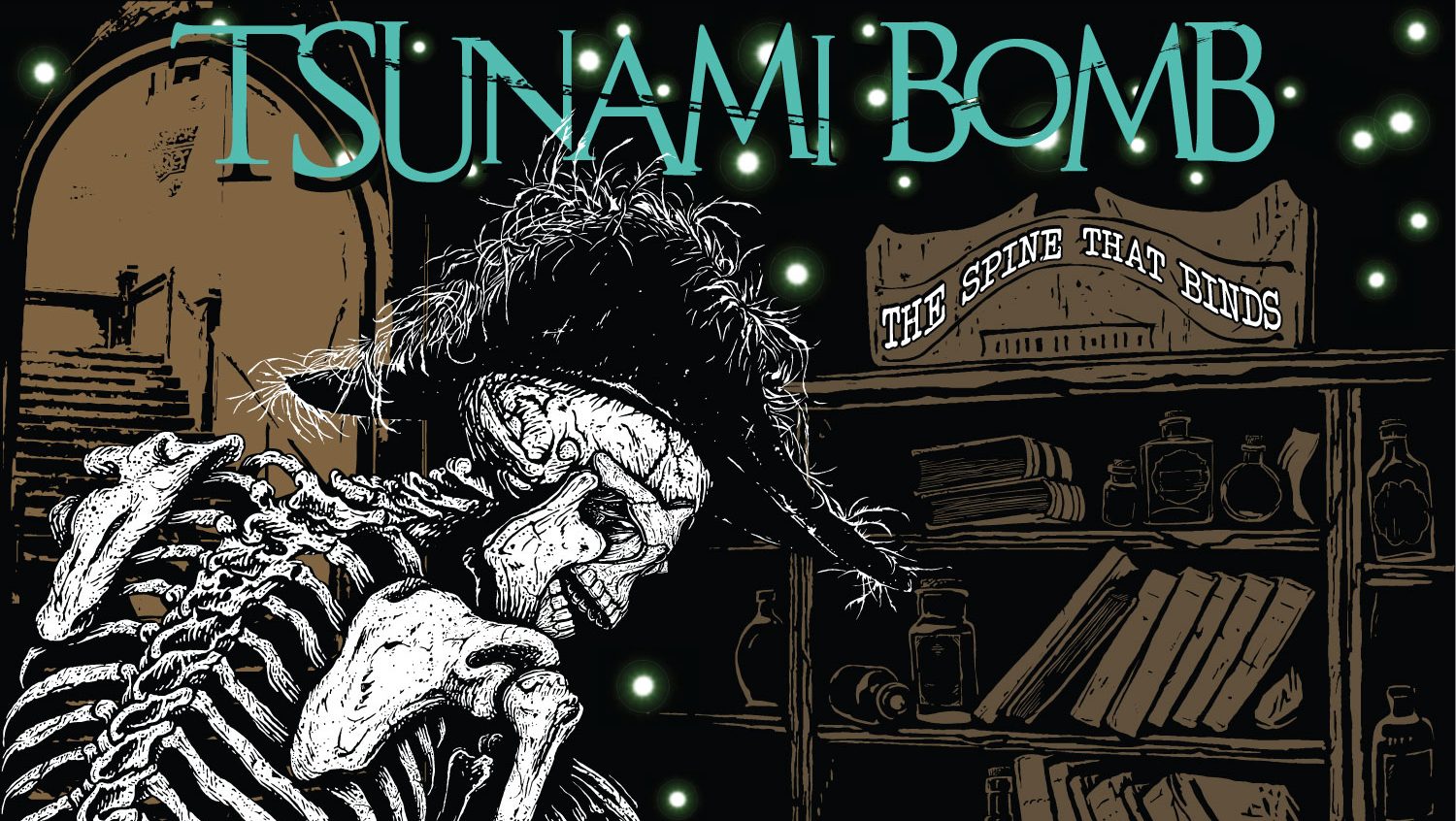 Following up our announcement that Northern Californian punk band, TSUNAMI BOMB would be joining the Alternative Tentacles Records family earlier this year, we are proud to announce their new LP “The Spine That Binds” will be in stores early NOVEMBER. We’ll have the first single out in AUGUST and PRE-ORDERS to follow shortly after.

To celebrate TSUNAMI BOMB appearing on the final 25th Vans Warped Tour Celebration this weekend at the Shoreline Amphitheater in Mountain View, CA, THIS WEEKEND ONLY you can pre-order a special very limited edition COKE BOTTLE CLEAR VINYL LP at the TSUNAMI BOMB merch booth.

This limited edition COKE BOTTLE CLEAR VINYL LP is available for pre-order THIS WEEKEND ONLY for $30!

The total amount of the run will be made to order based on the number of pre-orders taken this weekend. The bundle will include an exclusive TSUNAMI BOMB sticker. They will ship out in late OCTOBER before the album hits the stores.

Subscribers to the 2019 Vinyl Subscription will automatically get this version of the album.

Originally formed in 1998, TSUNAMI BOMB has been back in action since 2015. Core original members Dominic Davi (bass), Oobliette Sparks (vocals/keyboards) and Gabe Lindeman (drums) have developed the band’s distinctive sound for years and now joined by Kate Jacobi (vocals) and Andy Pohl (guitars) they are ready to kill with their first new full-length album in 15 years slated for release this summer.

You can listen to two new songs they released in October 2018 as a teaser HERE. Punknews.org says while the band was, “sometimes lumped in with “pop punk” in days of yore, now, Tsunami Bomb is getting down and dirty and… somewhat savage“ and Rolling Stone Magazine has described their sound as a mash-up of, “melancholic ragers powered by…  jazzy, candy-coated inflections.”