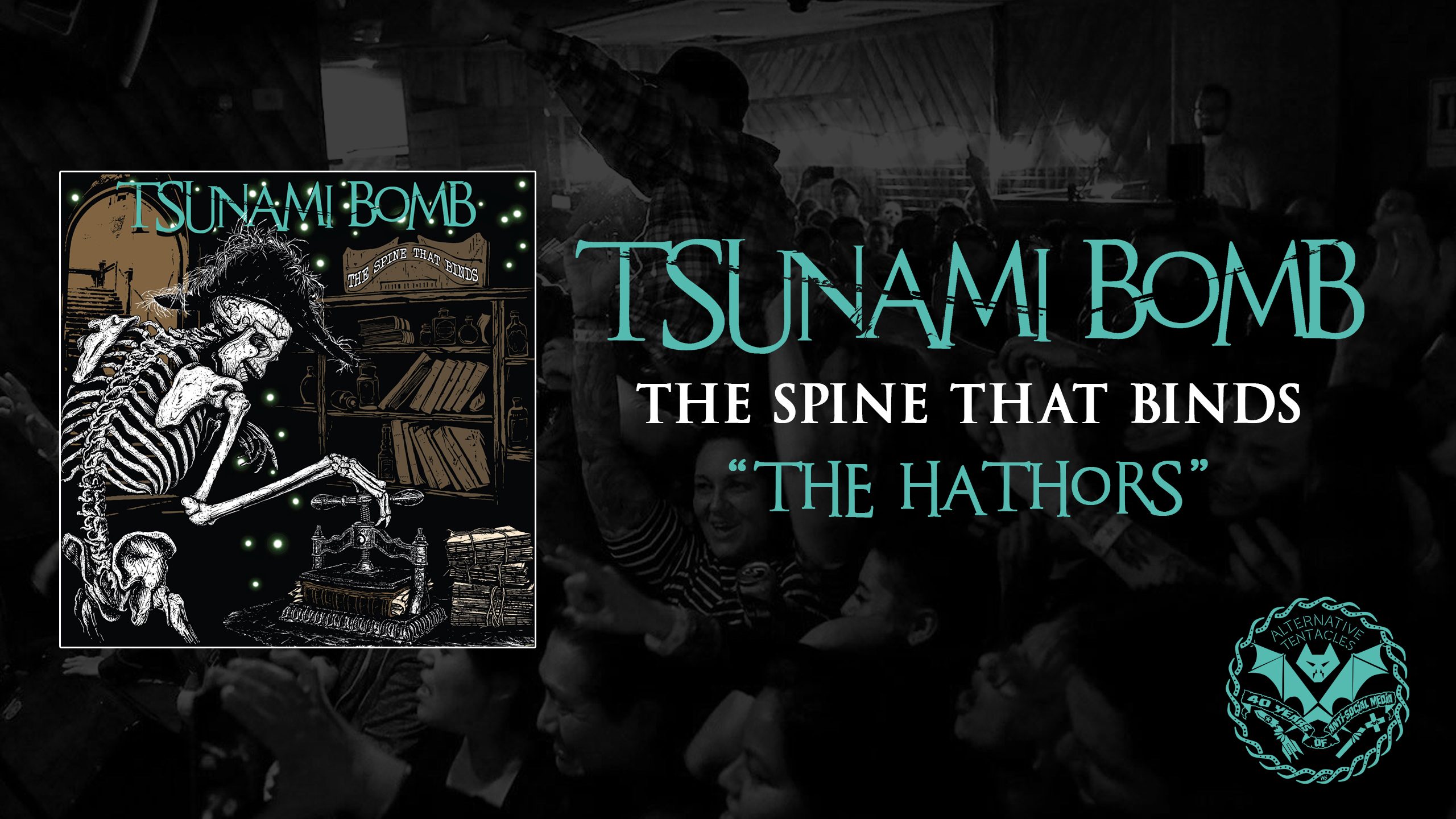 BrooklynVegan is streaming a fantastic brand new track by Tsunami Bomb called “The Hathors” off THE SPINE THAT BINDS today! This is Tsunami Bomb’s first new album in 15 years, and their third album ever, and as Brooklyn Vegan points out, “…the bands dark pop punk sounds like no time has passed” and remains as original as ever.

HEAR “THE HATHORS” BY TSUNAMI BOMB

The album is also the debut of the incredible vocalist Kate Jacobi, who had this to say about the song,

“The story of The Hathors is haunting and sad as much as defiant. In the journey of learning to be happy with who you are, there are those that won’t believe in you and people who will be let down with who you become. It’s about turning down the voices in your head of everyone that said “you can’t” and silencing the doubt, knowing that it will never fully go away.”