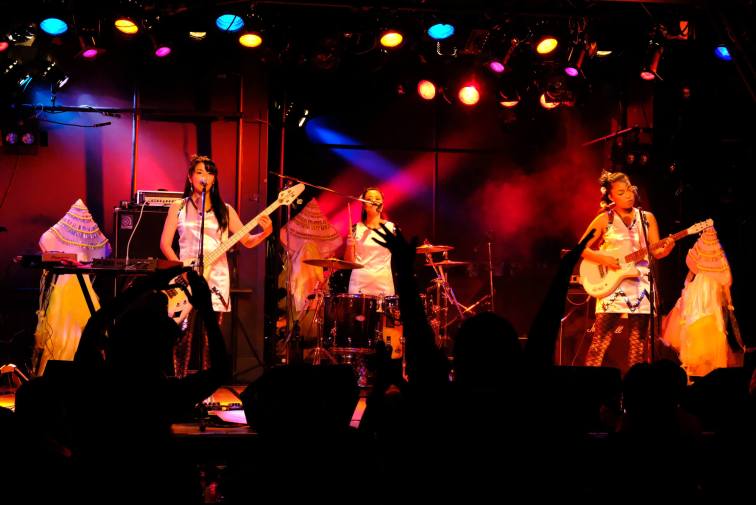 Japan based noise rock three piece, eX-Girl have announced some limited dates in the United States in March and we couldn’t be more excited! Formed in 1997, eX-Girl became festival darlings and toured international extensively until 2007. In 2018 they reformed and have been touring ever since, releasing the 7″ “The Crown Of Dr. Keroninstein” on Alternative Tentacles Records in 2019.

eX-Girl are a beautiful example of information overload. Jagged 3 part vocal harmonies, adventurous arrangements, and songs that hook you like the sucker that you are. Take all of these treats, wrap it in an ultra-bright technicolor live show with surreal homemade costumes, and you’ve got the sensation of being strapped in on an out-of-control carnival ride that will leave you standing in line waiting for another turn.

eX-Girl will be performing in Tokyo on February 28th at ROCK JOINT GB, and in Nagoya on March 4th at TOKUZO. They will then come to the United States to perform at SXSW MUSIC FESTIVAL in Austin, TX on March 20th.

They will follow that up with a second Texas show in Dallas at the Deep Ellum Art Co. on March 23rd.

Then the San Francisco Bay Area can catch them at the ELBO ROOM on March 24th in Oakland, CA! Find the facebook event here.

More details at the links!

Get the latest eX-Girl releases: