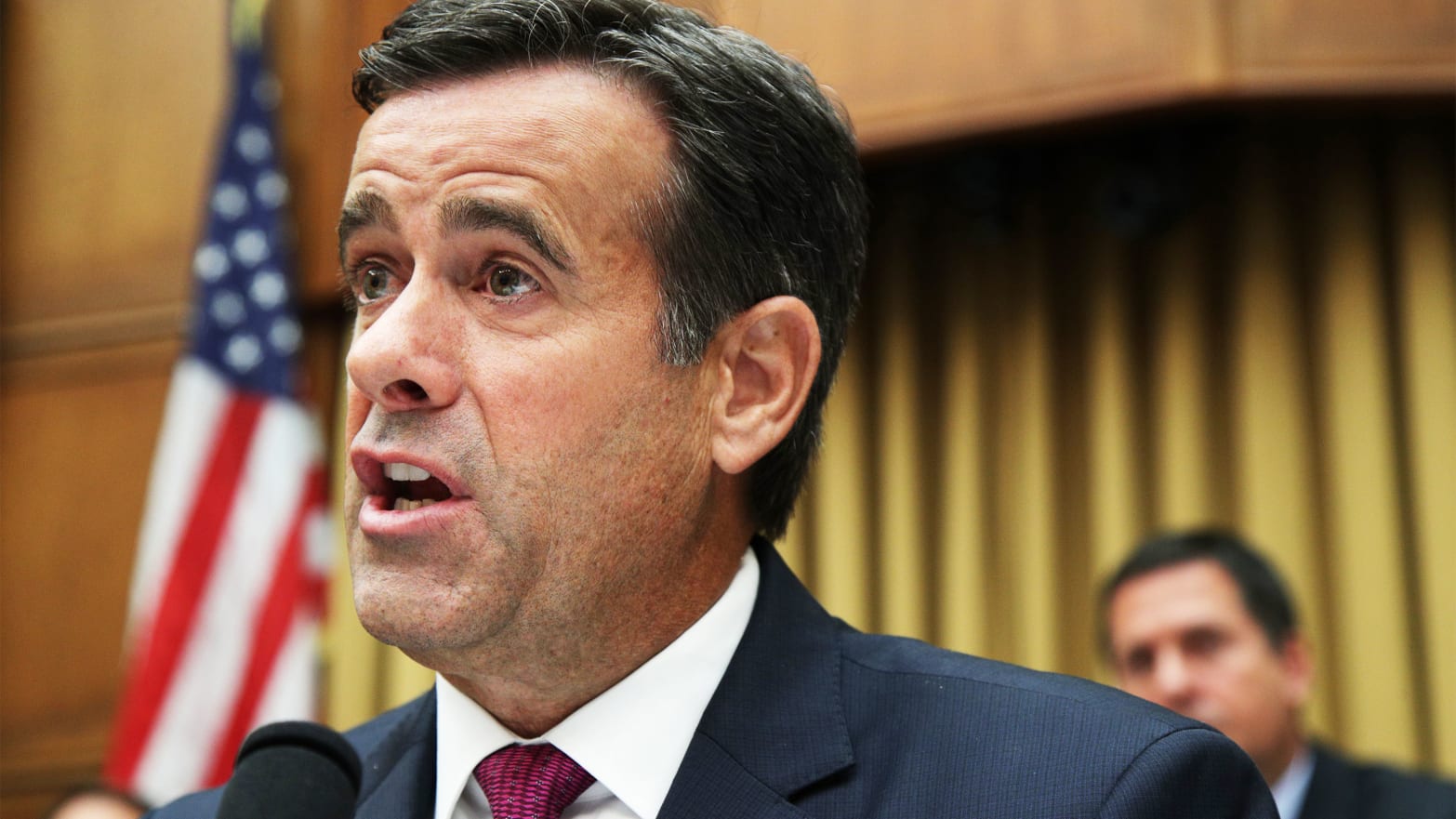 Vic Bondi  is a singer/songwriter and one of the founding members of political Chicago punk band Articles of Faith. He is also the lead singer of Report Suspicious Activity and Dead Ending. This post originally appeared as a Facebook post and is reposted here with permission.

As we wait more information on the recent attack on Portland by Trump’s stooges, here’s some background on John Ratcliffe, the Director of National Intelligence, who announced on Friday that he would no longer brief Congress on Russian election interference:

1. Ratcliffe is a former Congressman from Texas with no experience in National Security. He was, however, one of the foremost proponents of the idea that the “deep state” was out to get Trump.

2. He came to Trump’s attention during Robert Mueller’s testimony before the House Judiciary Committee in 2019 as one of Trump’s most partisan defenders.

4. Trump withdrew the nomination in August, 2019, after Senate Intelligence Committee chair Richard Burr told him that Ratcliffe could not win the recommendation of the committee. Counterterrorism chief Admiral Joseph McGuire becomes acting DNI.

5. Christopher Wray, Director of the FBI, testifies before Congress that Russia is conducting “information warfare,” with the 2020 election. Feb 5, 2020.

6. McGuire’s Executive for Election Threats, Shelby Pierson, testifies before Congress that the Russians are interfering with the 2020 election in an effort to get Trump elected. Feb 13, 2020.

9. The Intelligence Inspector General, Michael Atkinson, is dismissed by Trump. 4/3/20.

10. Following reports that he profited from insider information during the economic crash of March, and the seizure of his phone and execution of a warrant by the FBI, Richard Burr steps down as chairman of the Senate Intelligence Committee, May 14, 2020.

11. Ratcliffe is confirmed by the new Senate Intelligence Committee, May 19, on a straight party-line vote, 8-7. Previous nominee Dan Coats had been affirmed by the committee on a vote of 14-2.

13. National Counterintelligence and Security Center Director Bill Evanina testifies before Congress that Russia is actively interfering in the election. Aug 6, 2020.

14. Sen. Richard Blumenthal of Conn writes an opinion piece in the Washington Post asserting that the security briefings on the election he has received are shocking, and that the public has a right to a redacted summary of the threats. Aug 7, 2020.

Meanwhile, William Barr fired an election security official at the Justice Department , and replaced him with a political appointee.