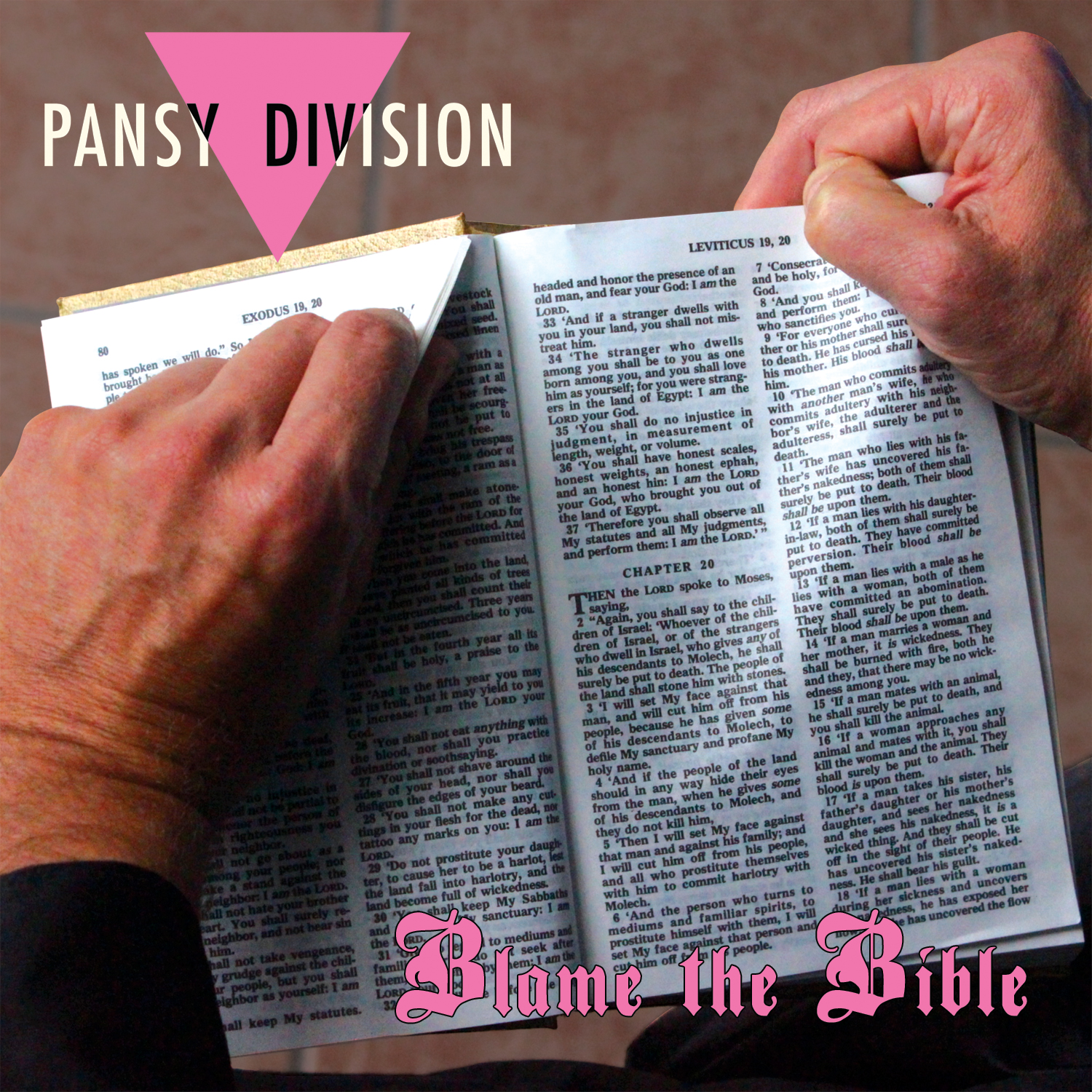 We are very excited to have finally started shipping records for our ongoing 7″ club, and the first one is the perfect 7″ to start this whole thing off with!

As you know, the ongoing 7″ Club will send out one 7″ a month, either a brand new 7″ or a classic from our discography. You can join anytime and you will get 12 surprise 7″ records. It’s a perfect way to discover new music, get mail, and build up your AT collection! This month we started with a more recent classic, but a classic nonetheless: PANSY DIVISION “BLAME THE BIBLE” 7″.

There have been gay musicians hidden throughout rock music history, but PANSY DIVISION when began in 1991 in San Francisco, they were the first to to be so boldly open about it.  Founded by guitarist/singer Jon Ginoli and soon joined by bassist/vocalist Chris Freeman, with the intent of forming a gay rock band, PANSY DIVISION blew the closet doors open.

Raised on a diet of 60s pop and 70s punk, their sound was suitably crunchy and catchy as hell. They wrote in-your-face lyrics, but did it with a sense of humor. Not only did their music and stance defy stereotypic norms of rock musicians being openly gay, they also broke gay cultural stereotypes that rock wouldn’t interest gay people. Which… some people actually believed.

In 2016, the band celebrated their 25th year with a perfectly timed election year stomper. “Blame the Bible” is angry and funny, it delivers a strong message about religious hypocrisy and right-wing blind hatred, guaranteed to resonate no matter which gender’s sign is on the bathroom door!

Ginoli had this to say:

“BLAME THE BIBLE” came out of the horror show that was the 2016 Republican presidential primary process. It was written in mid-2015 as the process began. It was painful to watch, so this was our furious response. Facing a boatload of right-wing sourpusses, we made lemonade out of their bitter lemons. Right-wing Christians have demonized LGBTQ+ people for decades, so we hit back with this song.

The B-Side “Neighbors of the Beast” is a perfect addition to the 7″, as an unforgettable ode having Satan living on your street. Honestly, he sounds like a good neighbor all things considered. This helps to make this 7″ the perfect release to introduce punk rock your ultra-religious family members! The best part is that it’s all so catchy they won’t be able to stop singing it!

Check out the music video for the single here

(it’s age restricted for dumb reasons, so here’s the track so you can hear it here)

Get your own copy of “BLAME THE BIBLE”