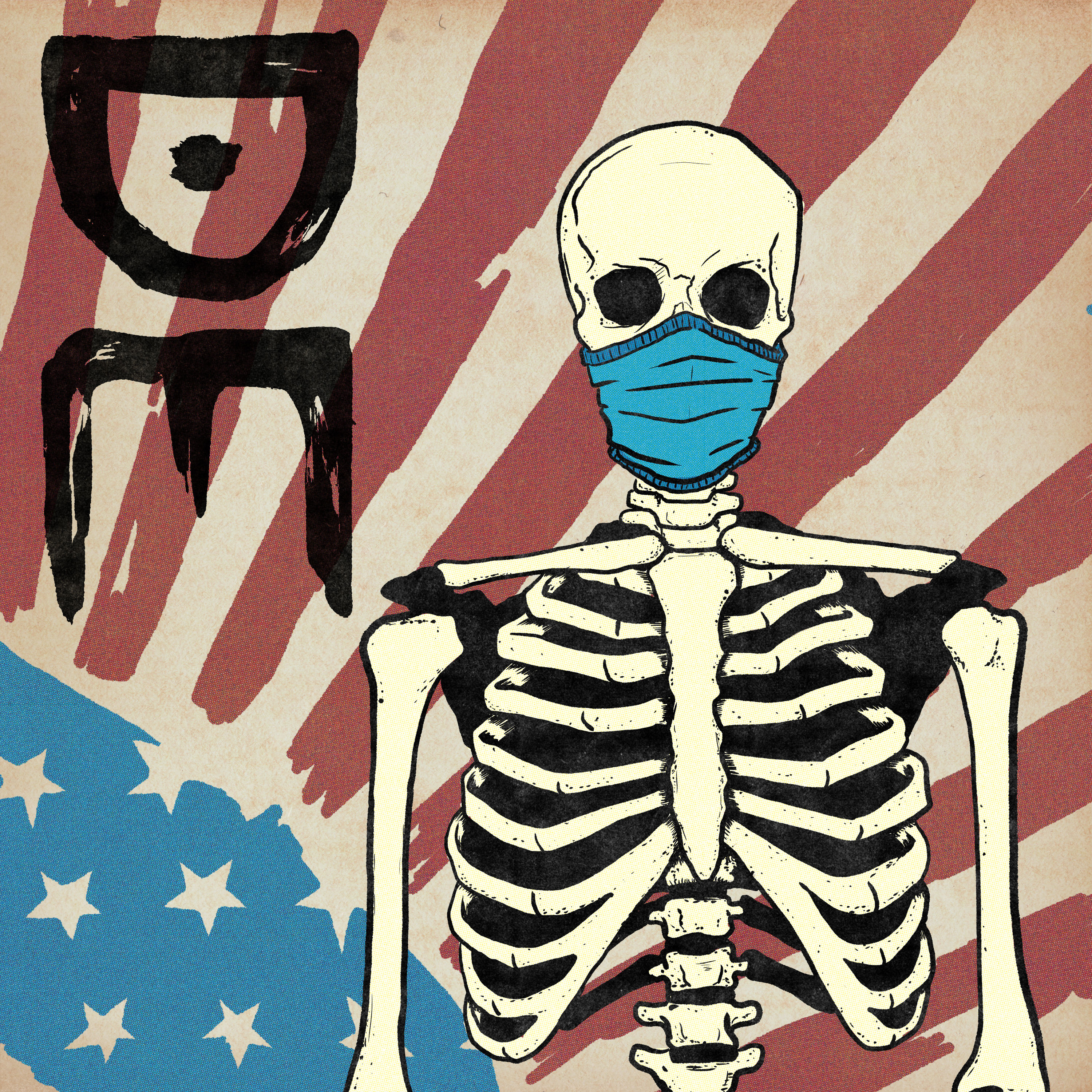 Welcome back Tentacles! By this time you should have received your February 7″, and it’s another new one!

As you all know, our 7″ Club will send out one 7″ a month, either a brand new release or a classic from our discography. You can join anytime and you will get 12 surprise 7″ records. It’s a perfect way to discover new music, get mail, and build up your AT collection! This month we showcase DEAD ENDING “AMERICAN VIRUS”

“Jeff said, ‘Let’s do a new record—we’ll call it American Virus’ – Sounded good to me. He wanted to do a Clash cover too–which I didn’t like.  I was wrong.”

“I was watching the press conference when Trump called COVID-19 the Chinese virus, and watching him double down on it, when journalists were calling him out like some giant spoiled toddler, made me want to throw my TV out the fucking window!
I started trying to figure out logistically if we could even record, since everyone lives in different states.”

Using their access to different recording devices Bondi and Dean each wrote a track, and along with the cover and sent them to drummer Derek Grant (Alkaline Trio), who laid down drums and the songs started to take shape. Bassist Nathan Voorhees (Ensign, Vision) was unable to record on this 7”, but founding bassist Joe Principe (Rise Against) was down to come back to play on the songs. In no time, once more the unrelenting, uncompromising, political hardcore sound that Dead Ending has long been known for was exploding out from the studio speakers and ready to be unleashed upon the masses paired with the unforgettable cover artwork of Dominic Davi (of Tsunami Bomb).

This is the last new release on the 7″ Club that we hinted at before we started. From now on… no more hints until they drop. Join now to get the new releases before anyone else, and rediscover some classics from the bATcave!

Get your own copy of “AMERICAN VIRUS”