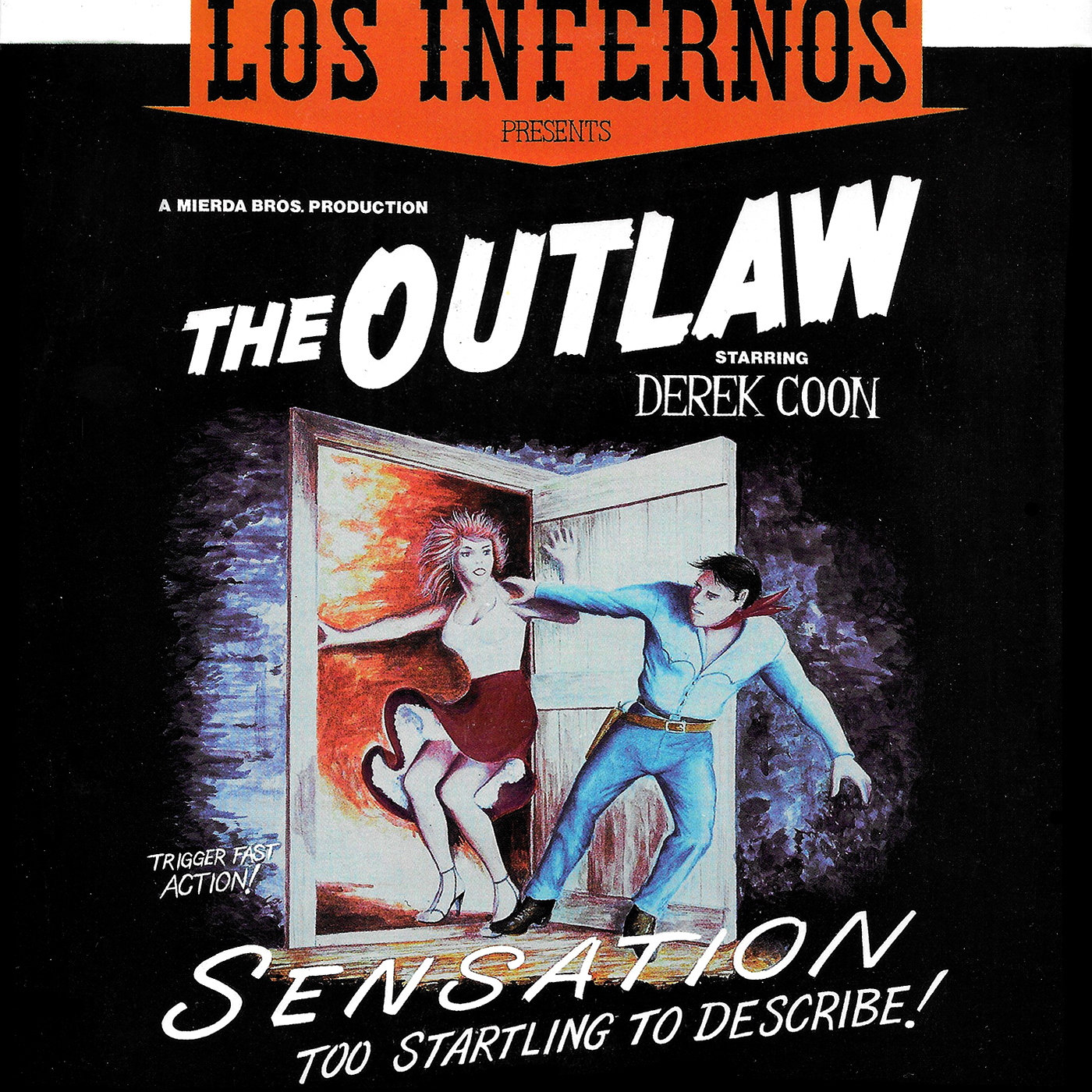 This month we are partying like it’s 1999, and we are spreading the viruses further by sending everyone on the 7″ Club the LOS INFERNOS classic 7″ The Outlaw!

LOS INFERNOS are straight out of Riverside, CA. originally forming back in 1994. Known for their live shows and quirky band of greaser rock, they released their debut album, Planet K.A.O.S and began criss-crossing the country, leaving audiences in flames where ever they went, on tours with REV. HORTON HEAT, SUPERSUCKERS, TENDERLOIN, and AGENT ORANGE (to name a few), LOS INFERNOS gained nationwide critical acclaim. After witnessing a scorching performance in Denver, Jello Biafra rushed to release The Outlaw 7″ on Alternative Tentacles in April ’99.

They would go on to release an incredible full length on Alternative Tentacles titled Rock n’ Roll Nightmare the following year, and it’s on sale all this month in our online store!

LOS INFERNOS meld together twang, punk, rockabilly, surf, and a touch of hillbilly & blues, and remain a gem in the Alternative Tentacles discography. We are thrilled to feature their 7″ this month! Enjoy!

Get your own copy of The Outlaw