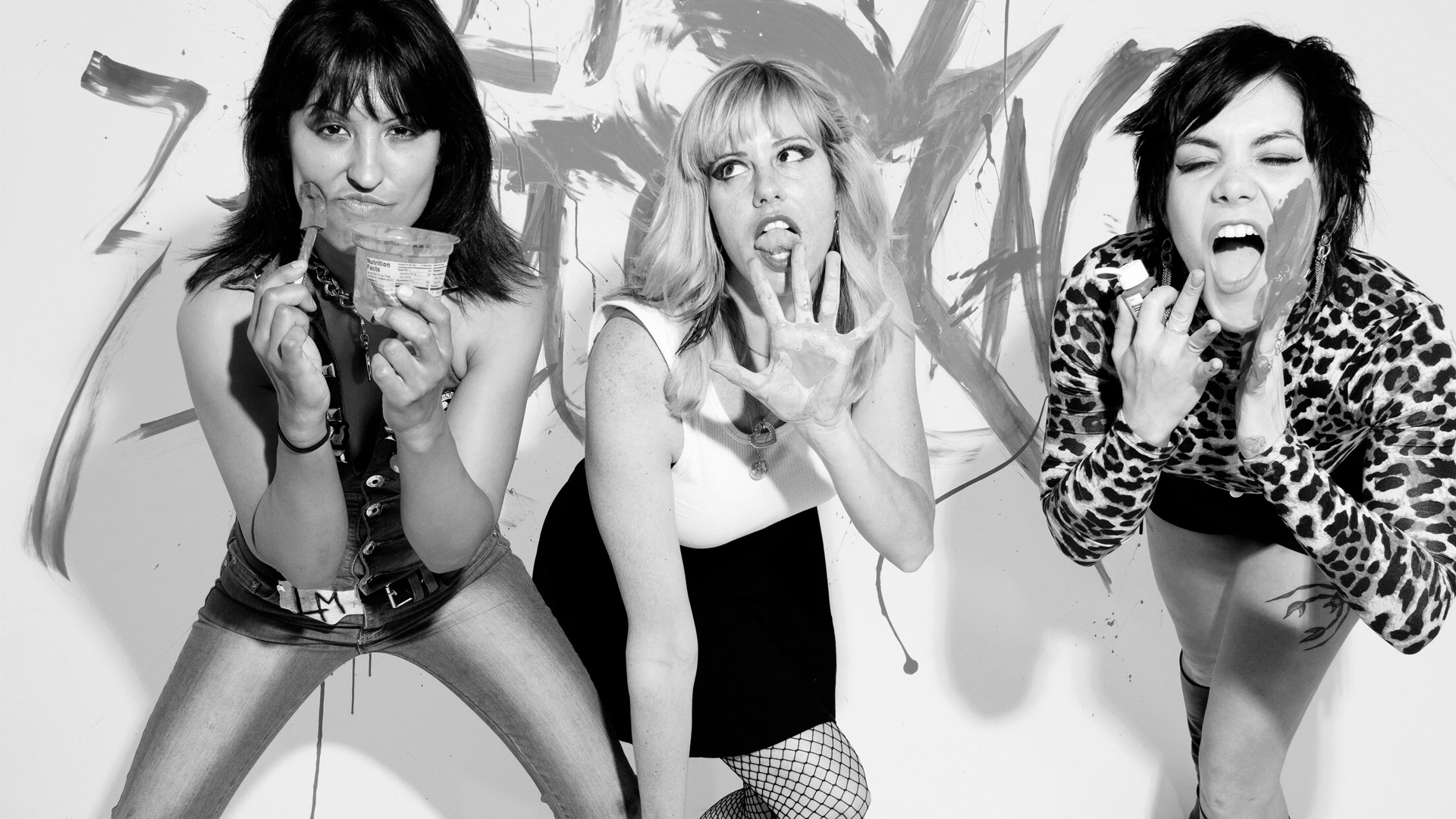 L.A. MACHINA may be gone from us too soon, but they are not forgotten. Director Mark Johnson worked all year on this brand new epic video for the unreleased song, “DESERT SANDS” and it has gone live today. The song is only available as a music video.

Check out the amazing video below. If you want to remember L.A. MACHINA even more fondly, pick up the one and only release, the “Welcome To The Machina” 7″. We have a limited number left, so get them while you can RIGHT HERE.

If you are interested in following what the members of L.A. MACHINA are doing now, drummer Rikki Styxx just released a new album, “Under The Spell Of Joy” on Suicide Squeeze Records with her band, Death Valley Girls. She also is back writing with her long standing band, The Two-Tens. Guitarist Michelle Balderrama has a new band with Nick Oliveri called The Death Machine 3. Bassist Suzi Moon has just released a solo EP on Pirates Press Records called, “Call The Shots” and continues to work with her band, Turbulent Hearts!