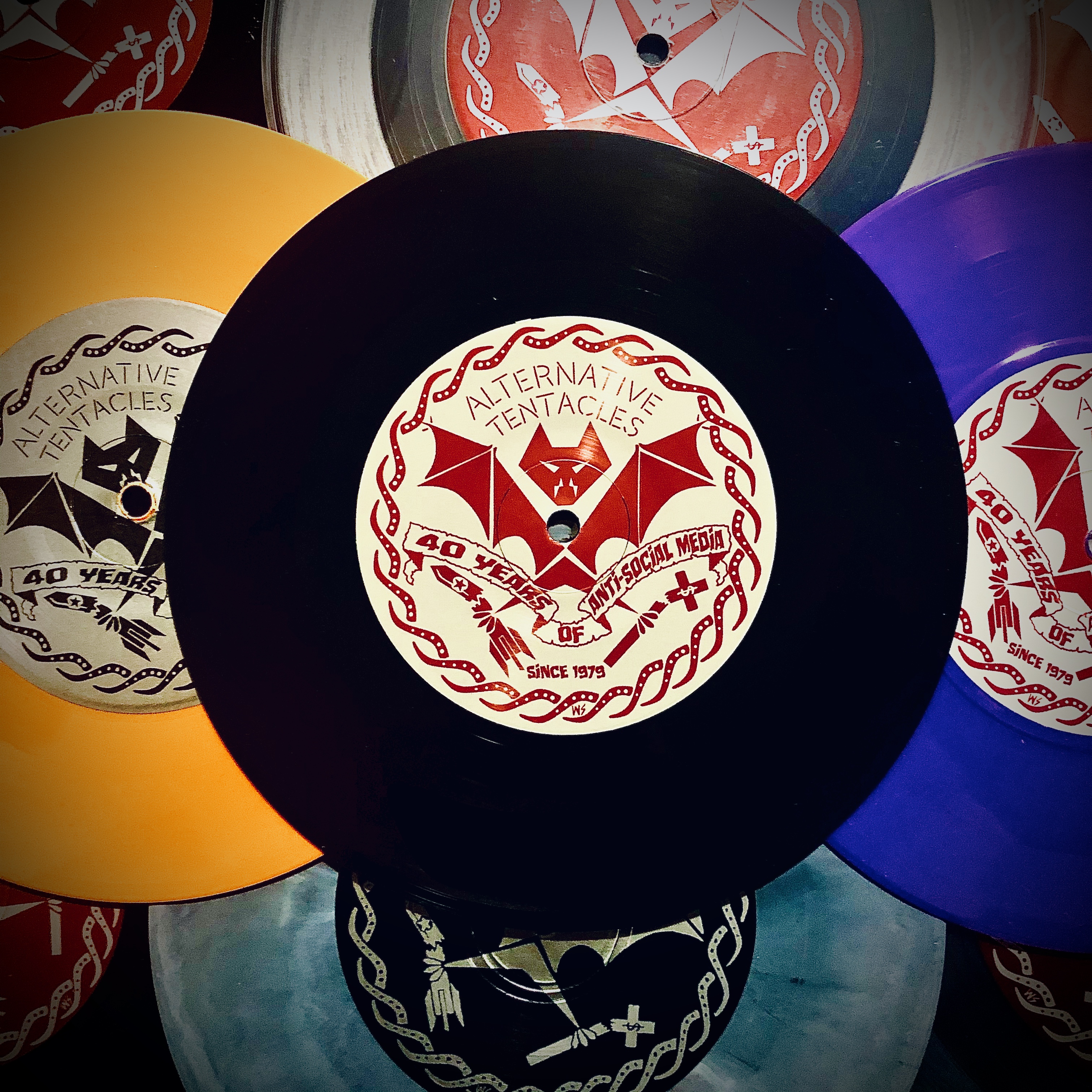 MAY 2021: TEENAGE FANCLUB & JAD FAIR “ALWAYS IN MY HEART/LET’S CELEBRATE”

Released in 2002, this Teenage Fanclub & Jad Fair collaboration features 2 new songs that were NOT on the “Words Of Wisdom And Hope” album!! Great Scottish-Yank pop with a rougher edge than Howdy but great stuff. Great lines about all the members of the Beatles even Pete Best!

Blessed by the guardian angels of pop songcraft, the Glasgow band Teenage Fanclub have churned out albums of immediately infectious melodies since 1989 on indie bastions such as Creation and Matador, as well as majors like Geffen and Sony. Equally blessed is Jad Fair – the international pop ambassador and mastermind behind Half Japanese whose toothsome output has found a roost on Alternative Tentacles, the unlikely home of “Words of Wisdom and Hope” and this 7″, the collaboration between the two cherished pop songmeisters.

In 1999, Jad Fair and Norman Blake of Teenage Fanclub had a tete-a-tete about joining forces to record an album together. Talk became fact when Jad jetted across the Atlantic to Glasgow where he and Teenage Fanclub cloistered themselves at Riverside Studios and laid down 12 tracks of pure pop delight. “Words of Wisdom and Hope” and this 7″ “Always In My Heart/Let’s Celebrate” and both are a culmination of Jad’s ambassadorship, proving no ocean’s too vast for his desire to concoct the most scrumptious tunes with fellow indie rock legends!

June’s single is a literal gem from our discography, and we are really excited for you to hear this.
Oakland, CA based PORCH is made up of drummer Michael Jacobs, former Today Is The Day bassist Christoper Frey, and founding guitarist of Primus, Todd Huth! Released in 1993, and showcasing the songs, “Expectorant” and “Iceberg” Todd Huth’s distinctive guitar style is on full display here. Combining creative use of dissonance with heavy use of distortion, very influenced by classic Blues scales, it incorporates extensive use of bends… you really hear how Primus developed it’s style and how PORCH is related but it’s own beast entirely.

This year’s 7″ club was designed to give treasures like this their time in the sun, and we are thrilled we could include this single this month! Pick up your copy of “Expectorant/Iceberg” here.

Each month, Alternative Tentacles will highlight one new or classic 7″ to send to the 7″ club. The club is currently closed for new members but have no fear! We will open it back up soon! Next year is going to be a BIG one!