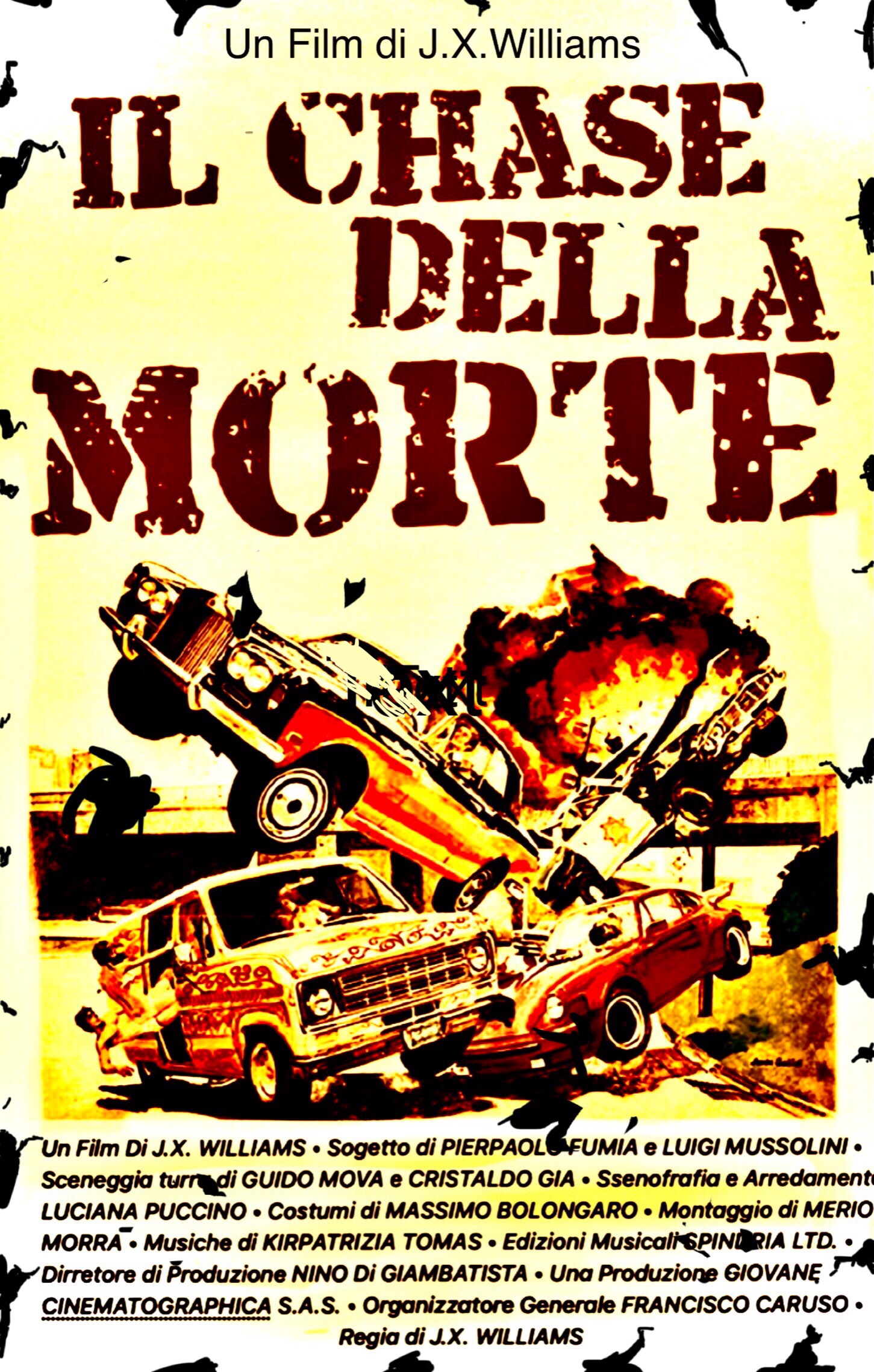 In 1972, infamous Director J.X.Williams had his hand in the Italio-style Poliziotteschi film titled “Ill Chase Della Morte” (“The Chase of Death” as it was to be called in the USA & UK). Combining the futurism of Death Race 2000 while adding in the captivating car chases a la “Bullet” & “Two-Lane Blacktop”, the film promised to be an exercise in motorized psychedelia. To immerse his cast & crew in the visionary aesthetics for his picture, Williams was rumored to have smuggled some “Yellow Sunshine” straight from sunny Hollywood, Californ-I-A. Due to more than a dozen “bum trips” on set, “Ill Chase Della Morte”unfortunately never made it past this wildly experimental & fluorescent title sequence phase before things faded into the all too common oblivious follies of the film industry.

Some 40 years later, after sitting on an ancient studio basement floor at Roma’s Cineccitta Studios, the original negative with the credit sequence was discovered. However, relentless mold and dust had deteriorated the print and the original soundtrack was never recovered. So, when the call came in from Director Noel Lawrence (Sammy – Gate) , J.X. confidante Kirpatrizia Tomas & his “Edizioni Musicali” SPINDRIA answered in action!