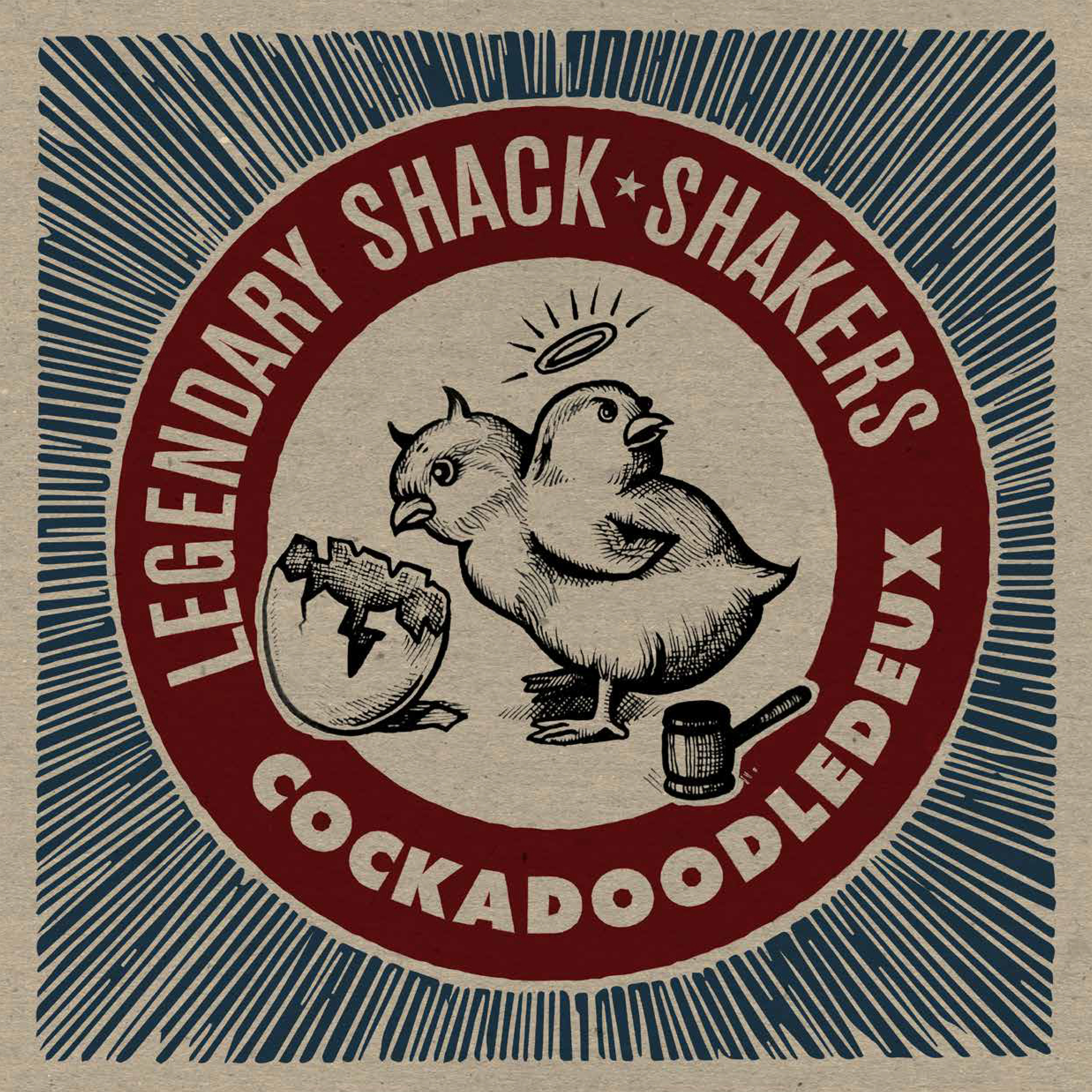 We are very excited to announce the official release of the Legendary Shack Shakers brand new album Cockadoodledeux! In stores now and on all streaming platforms! Get your copy of the exclusive midnight blue vinyl here in our online store!

Join us now as those Legendary Shack Shakers mark their 25th anniversary as a band on Earth! To celebrate, they’ve welcomed former members to record and ALL COUNTRY & WESTERNalbum! That’s right! From Spaghetti Western to Bluegrass, Western Swing to Rockabilly, Tex-Mex to Americana, the variety of the genre is on full display here friends!

Always ones to respect their history, the Shack Shakers have also invited a few local legends to “pick & grin”. Kentucky stalwarts like Stanley Walker (Grand Ole Opry bandleader for Jean Shepard/Sun Studio guitarist for “Rockin’” Ray Smith) and Jack Martin (dobro-player for Lester Flatt) really give “them young ‘uns” a run for their money! And the always-ornery “Hillbilly” Bob Prather (Cajun fiddler and runnin’ buddy of One Wheeler) pitches in too! Just add the Dead Kennedys’ Jello Biafra, hillbilly royalty Chris Scruggs and an Old Crow Medicine Showman and you’ve got a recipe for what could ONLY be a Legendary Shack Shakers album!

Titling it Cockadoodledeux was admittedly, done as a reference to 2002’s legendary Cockadoodledon’t, an album which many fans were first made aware of the group. Indeed, this record was designed to bookend that other album. Cockadoodledeux serves to signal a bold new era. Just as the plucky, two-headed chick emerges from it’s egg on the cover, so too begins a fresh start for the bands’s creative energies. A millennium of fans both young and old, once again, get to lean in, listen and – as always – expect the unexpected!