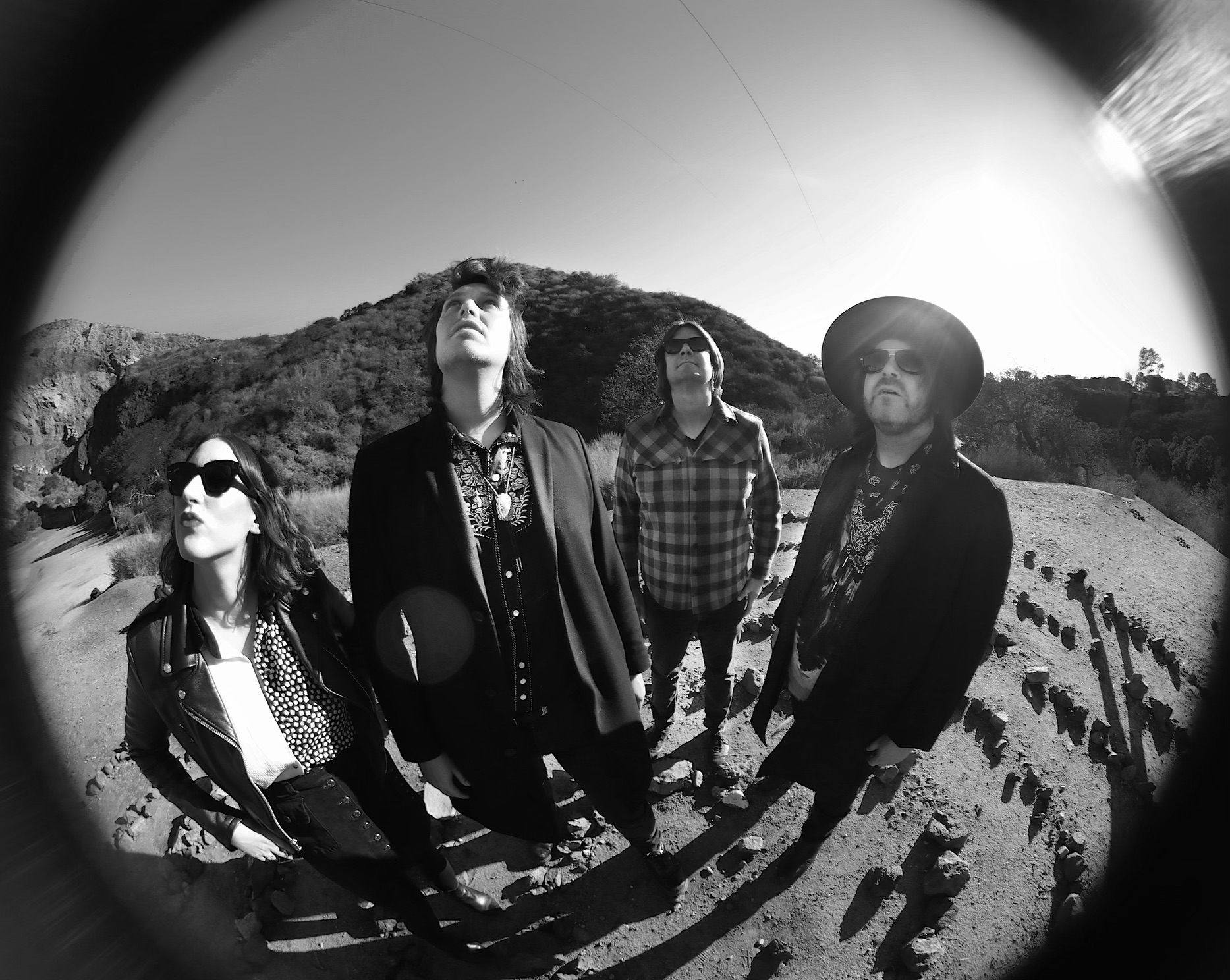 On Thursday, March 17th Spindrift will be celebrating the release of their brand new album, “Classic Soundtracks Vol. 3”! If you are in Southern California, see them at Desert 5 Spot in Hollywood, CA with special guests River Triplets of the Rio Hands (from Portland), Dresure, and DJs Lexi Stellwood & Sweet Margot!

Produced by Riley Bray & Jello Biafra, Mixed by Riley Bray and mastered by Dennis Moody “Classic Soundtracks Vol. 3” is described as a ’60s garage rock band performing as a mini-orchestra stuck within a Tarantino film, Los Angeles-based Spindrift is a cinematically inspired rock band that has also been described as “Heavy Western” or “psychedelic spaghetti-western rocknroll.” Led by songwriter-producer-composer Kirpatrick Thomas on guitar and lead vocals, along with Portland-based guitarist Becca Davidson, bass / baritone guitarist, producer, and vocalist Riley Bray, and aerospace engineer Joe Zabielski on drums and electronics, Spindrift creates a cinematic scope that has been heard on their compilation albums like Classic Soundtracks Vol 1, 2,and The West (released by Xemu Records), HBO’s Eastbound & Down (Seasons 1 & 2), the Quentin Tarantino-produced biker exploitation film Hell Ride, the film Diablok (featuring Scott Eastwood), and “The Ballad of Darrell Lemaire” from Season 1 Episode 9 of Hamilton’s Pharmacopeia (Viceland).