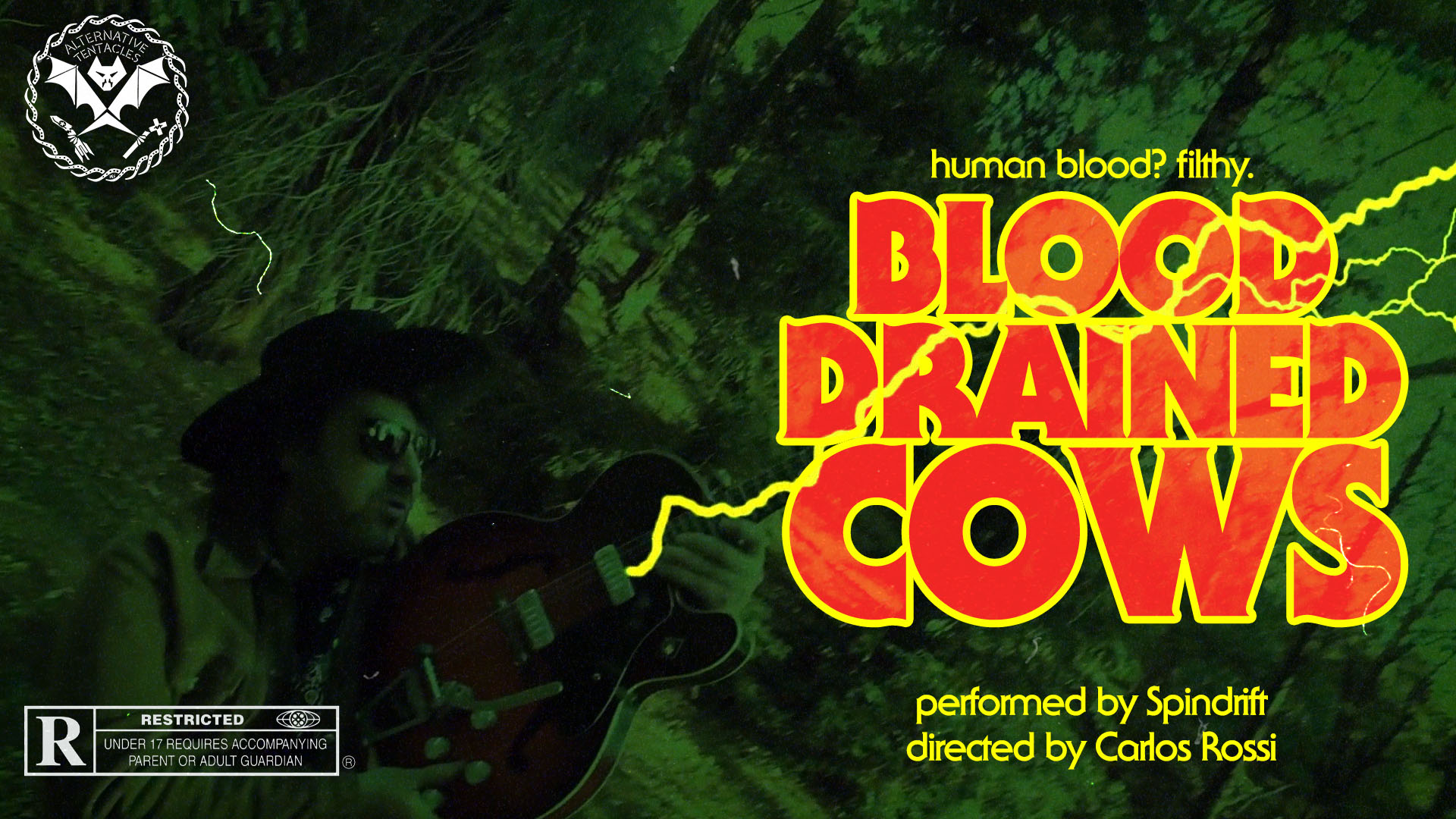 Originally from the 1956 documentary “The Lighter Side of Cattle Mutilation” , Director Carlos Colon adapted the rough footage to a new more polished 2022 approach with a new script, score, and adding  the members of SPINDRIFT. After gruesome bovine remains are uncovered at a Nebraskan farm, reports of nearby UFO’s convince the skeptics that this must be the work of some creepy alien UFO’s. It’s up to Billy Boy (Riley Bray), Dr. Weem (Kirpatrick Thomas), Ms. Cupid (Becca Davidson), and Loki Jezabies as himself to use their combined mystic forces to battle the skeptics and ultimately take on the alien saucers one by one!

Produced by Riley Bray & Jello Biafra, Mixed by Riley Bray and mastered by Dennis Moody “Classic Soundtracks Vol. 3” is described as a ’60s garage rock band performing as a mini-orchestra stuck within a Tarantino film, Los Angeles-based Spindrift is a cinematically inspired rock band that has also been described as “Heavy Western” or “psychedelic spaghetti-western rocknroll.” Led by songwriter-producer-composer Kirpatrick Thomas on guitar and lead vocals, along with Portland-based guitarist Becca Davidson, bass / baritone guitarist, producer, and vocalist Riley Bray, and aerospace engineer Joe Zabielski on drums and electronics, Spindrift creates a cinematic scope that has been heard on their compilation albums like Classic Soundtracks Vol 1, 2,and The West (released by Xemu Records), HBO’s Eastbound & Down (Seasons 1 & 2), the Quentin Tarantino-produced biker exploitation film Hell Ride, the film Diablok (featuring Scott Eastwood), and “The Ballad of Darrell Lemaire” from Season 1 Episode 9 of Hamilton’s Pharmacopeia (Viceland).

On Thursday, March 17th Spindrift will be celebrating the release of their brand new album, “Classic Soundtracks Vol. 3”! If you are in Southern California, see them at Desert 5 Spot in Hollywood, CA with special guests River Triplets of the Rio Hands (from Portland), Dresure, and DJs Lexi Stellwood & Sweet Margot!