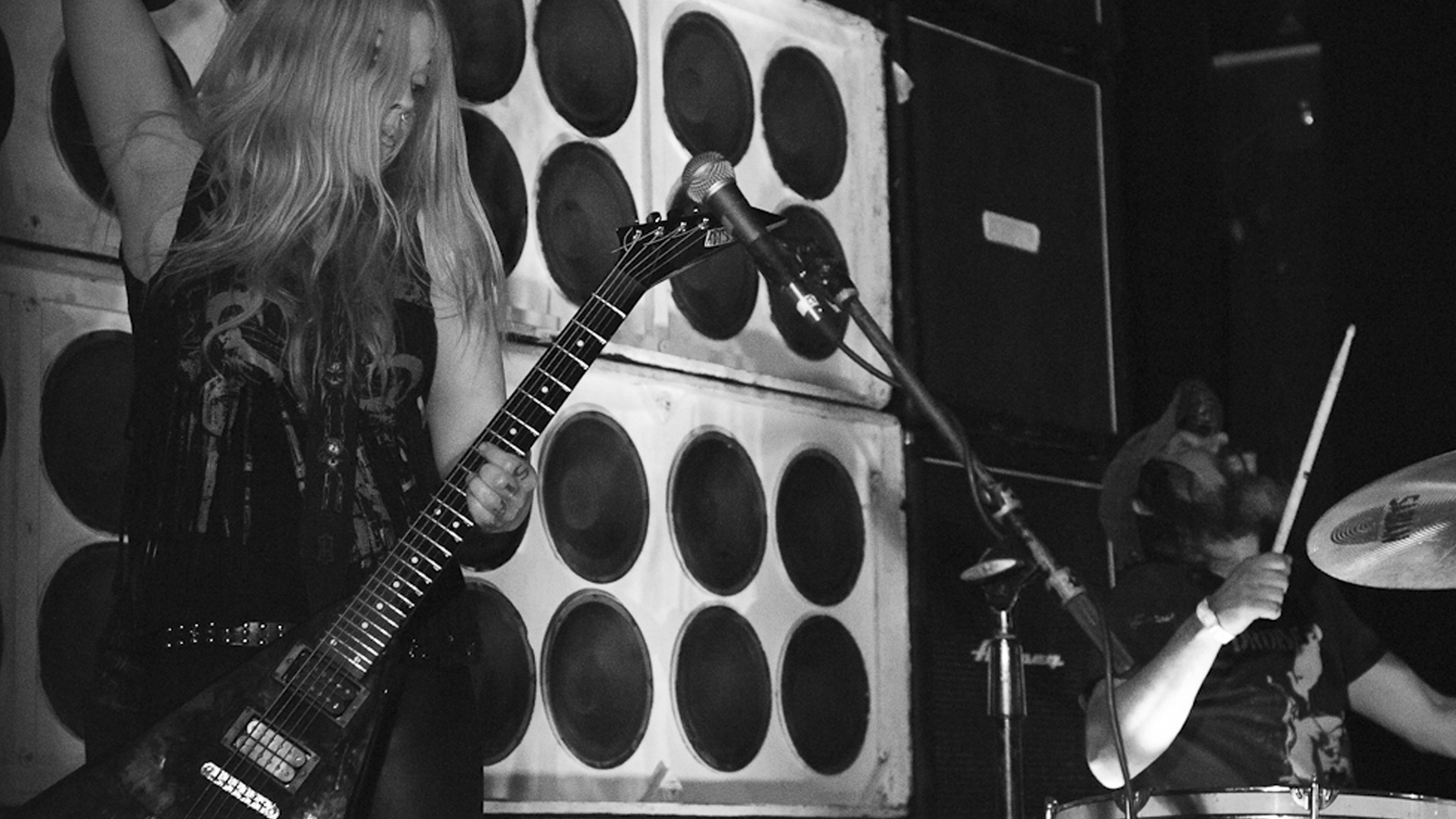 “Beautifully deep music drawn from an ancient and ever-present bloodline, from one of the heaviest bands on Earth” –NPR All Songs Considered

A glimpse at the hypnotic نظم album (coming soon on 2xLP!) this 7” strays far from the brutal excess Jucifer are best known for but follows their tradition of resolutely unorthodox studio offerings. Blinding sunlight strikes silver in celebration worn black cloth casts shadows over infinite dust.

Founded in 1993, Jucifer pioneered the metal two piece. With 29 years of incessant touring the band carved its reputation for literally towering onstage sound, which careens venomously from their walls of speakers in every extreme and tempo of metal and punk. Jucifer’s motto “sludge, black, grind, thrash, death, crust, doom, combine” or more briefly “genre=obliterate” is fair warning.

In the meantime, members Gazelle Amber Valentine and Edgar Livengood kept true to isolated artistic visions for each album they released with a commitment to eclecticism as violent, in its way, as their furious live performances.

From one track of any Jucifer album to the next let alone between albums and live recordings the listener may find themselves wondering if there is one Jucifer or many. And the answer is yes. The versions of itself this band have crafted in studios over three decades are representations of Jucifer’s narrative ideas. And the Jucifer with arrives at venues around the world to lay waste to preconceptions based on such ideas is the band as itself and only itself, in its purest form and force.

Constantly on tour for twenty years and heavily touring before that Jucifer has maintained a primary goal of honing live sets to a fierce razor sharpness while periodically releasing records that may reflect the band’s core sound little if at all. The result is an unusually varied repertoire of recordings, always tracing back to Valentine and Livengood but free to travel anywhere.