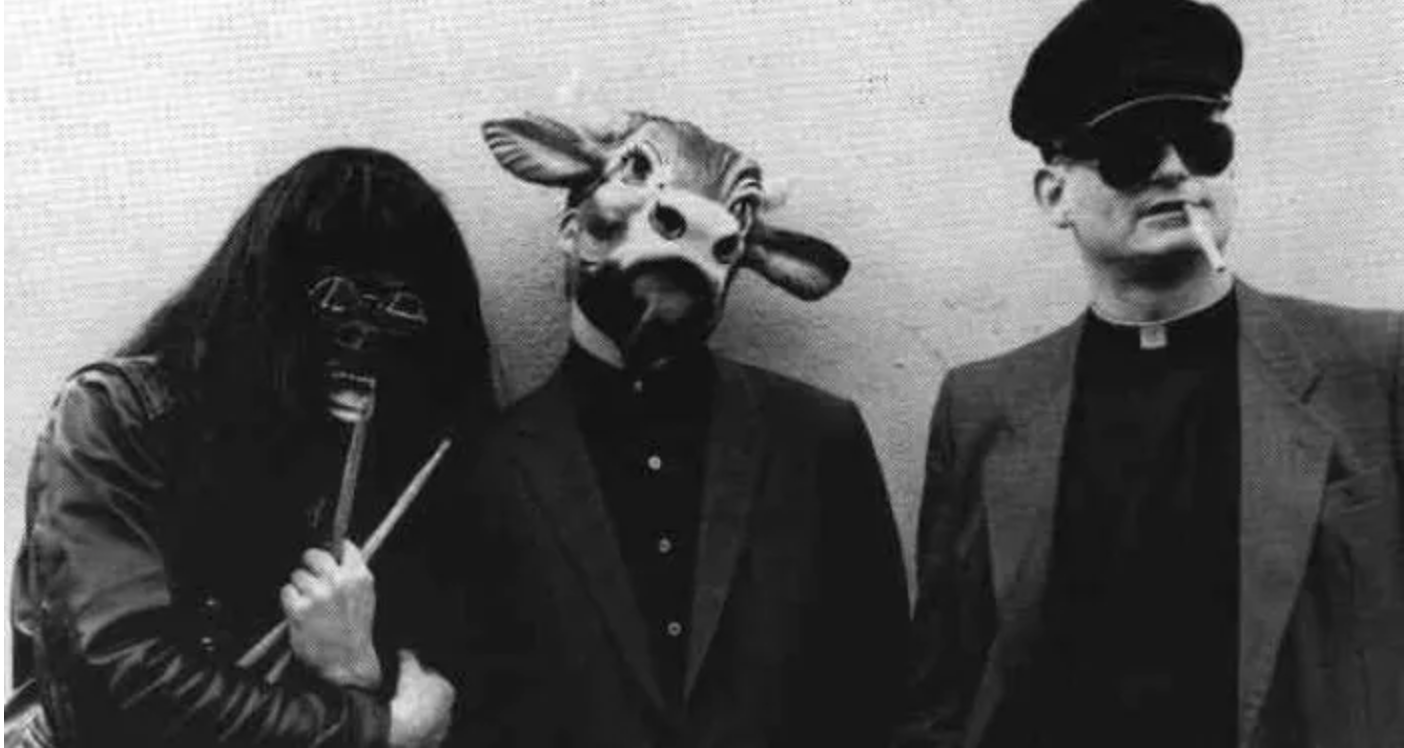 So today we have an incredible 30% off sale everything in the store, and that’s a pretty big deal. LPs, CDS, Cassettes, T-shirts, Hoodies… everything is 30% off all weekend!

At long last, after many rumors… we can confirm that the NOMEANSNO catalog will be returning to Alternative Tentacles Records. This has been in the works for some time and we are beyond thrilled to have an opportunity to work with this legendary band again! This all starts with the reissue of “Dad/Revenge” 7”, which is available for pre-order today, along with a new Nomeansno T-shirt! All AT 7″ Virus Club members have a limited edition purple vinyl copy of the record already on the way to you right now!

For those of you unaware… Nomeansno defined post-modernist hardcore. In a world (or several), they are intelligent, articulate, studied, thoughtful, violent, passionate, intense, and playful. Acclaimed by peers and adored by fans, this musically adept trio consistently thrilled sweaty crowds around the world. They were a punk rock success story, on their own terms. Now at long last, after 22 years they’ve have reunited with Alternative Tentacles.

Originally forming in 1979 by brothers Rob and John Wright after being inspired by a D.O.A. show, and adding guitarist Andy Kerr joining the following year, Nomeansno would go on to release 11 albums, including a collaborative album with Jello Biafra, and numerous Eps and singles. Heavily influenced by jazz and progressive rock, Nomeansno created a distinct hardcore punk sound, featuring complex instrumentation, and dark, “savagely intelligent” lyrics. They are often considered foundational in the punk jazz and post-hardcore movements, and have been cited as a formative influence on the math rock and emo.

In 1985 Nomeansno entered Keye Studios to record “Sex Mad” for release on Psyche Industry Records. In 1986, the album was picked up by Alternative Tentacles Records and reissued in the United States and Europe. In order to promote that album, Alternative Tentacles released the “Dad/Revenge” 7″ vinyl single in 1987 to support the album. Pulling together two powerful tracks for the release, “Dad” a powerful straight up punk track, paired with the anthemic rock feel of “Revenge” made for an unforgettable release.

Now for the first time in 36 years, fast have the opportunity to own a piece of punk rock history with the long out of print 7”. Pressed on both black and exclusive limited purple vinyl (only 500 pressed)! While these won’t be in stores until Friday, December 9th, here’s your chance to pre-order exclusively on the A.T. webstore!

Upgrade and get the NMN bundle deal of the limited purple vinyl + T-shirt for only $30 before they’re gone!

You can also get this incredible shirt featuring the art from the 7″ on it’s own!

Due to a bug in our system we did have to adjust the prices of these items, since we can’t put them on sale… and were unable to exclude them from the store wide sale. So after this weekend ends their prices will be adjusted back down and will be consistent with current prices. You have to love plug-ins.

As always, please remember we do not set shipping costs. The shipping cost is calculated automatically from our available options to ship to you. We try to provide the best options, but we don’t set these prices. We don’t make up those numbers. They are calculated from the USPS. Some of our merchandise is shipped from different locations, so international customers may see their postage split between two packages, since that requires more documentation.

4 comments on "BLACK FRIDAY AND THE RE-RELEASE OF NOMEANSNO"