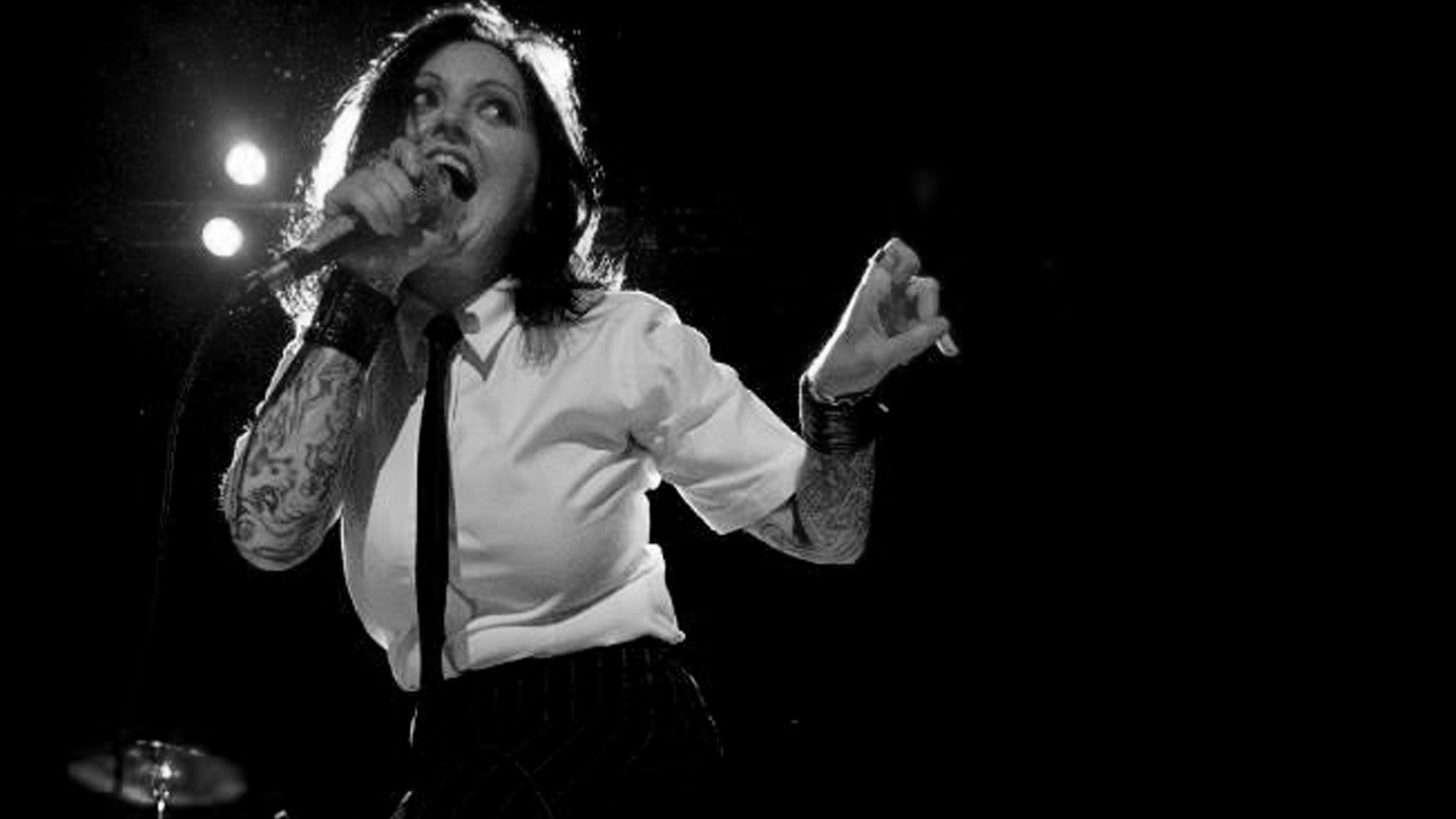 The first things that hit’cha when you listen to ANI KYD are: 1. She rocks. 2. But not quite the same way everyone else does. 3. That voice.

A mainstay of the Vancouver music and art underground for over a decade, ANI KYD-fronted bands include RUMBLEFISH, SPANKING MACHINE, SPANKIN’ BETTY, KYD MONOPOLI, and most recently, FUEL-INJECTED 45.. During and between ANI KYD continued to intrigue with her bewitching solo electric shows, several film roles, and even toured as a guitarist for Thor(!).  To capture her spell on disc as last, ANI teams up with multi-talented metallists Byron Stroud (FEAR FACTORY, STRAPPING YOUNG LAD) and Gene Hoglan (STRAPPING YOUNG LAD, DEATH, TESTAMENT, DARK ANGEL), plus second guitarist Ian White from Vancouver punk blasters CHE: CHAPTER 127.

“Evil Needs Candy Too” is available on CD in our online store, or you can stream ANI KYD on your favorite digital streaming platform!